Designing the Ecosystem of the Future 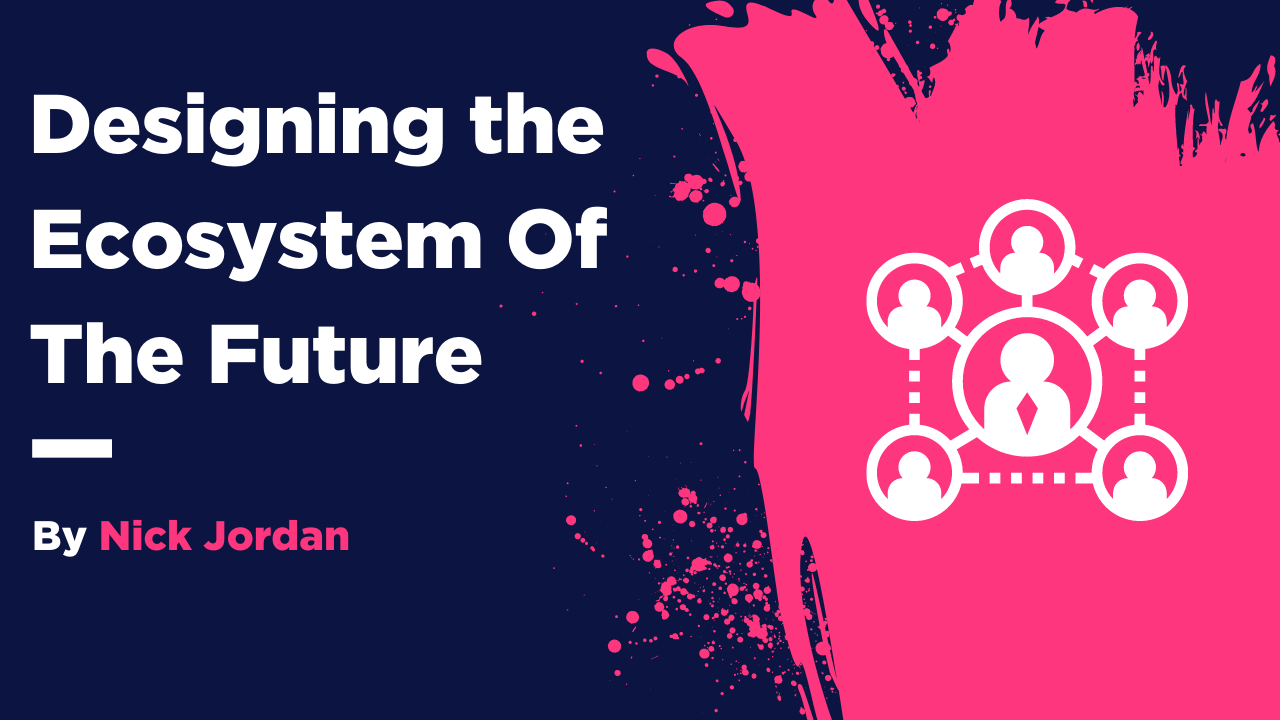 Brad Feld famously said that building an ecosystem takes 20 years. As I think about what is important to me and doing work that matters, I want to focus on the next 20 years for our ecosystem here in the Research Triangle Region of North Carolina, and beyond.

Feeders were the things and entities around Entrepreneurs - lawyers, CPAs, mentors, contractors, seasoned execs, etc….these were things that would help the Entrepreneurs be successful.

For the ecosystem to work, both of these need to be in place, and Capital would need to be injected into the Entrepreneur who then leverages resources in their ecosystem including but not limited to from Feeders.

When the ecosystem works, there is innovation, job creation, economic development, increase in disposable income to be spent at local small businesses, increased TBJ readership, and more.

The above is a bit of a generalization, glossing over the detail that Mr. Feld published in his 240 minute long audio book….but it’s directionally the definition of an ecosystem and generally it’s all good.

Myself and others have been off and working on building Durham and the Triangle area as a whole into a thriving ecosystem for the last 15 years plus. It started in the basement of a nice property called American Tobacco Campus, which they named The Underground. There were probably 12 or 15 tenants, maybe less, but it was great to have any semblance of ‘density’ where ideas might collide, or the occasional moral support boost was given in a kitchen or break area. We collaborated with, partnered with, gave and received benefit to/from places like NC Idea, The Startup Factory and Launchbox Digital, Joystick Labs, CED, and others. This was how shit was going to happen!

This then transitioned into focusing on sharing ideas and building a tech community which we did through platforms like Meetup and All Things Open. We hosted, organized, or sponsored events on Meetup alone that had a total of over 4,000 members of tech workers and innovators. We put on workshops to help turn ideas into prototypes, and helped sponsor a major music/art/tech festival to further throw shine on the “ecosystem”.

So now we have entrepreneurs and a place for entrepreneurs to go….and we have a growing tech community. At this point, we begin asking ourselves what was missing, and there was a general trend around viewing San Francisco as great, but not a model we wanted to emulate. The cool and funk of that town gave it an incredible culture and a vibe. That was getting replaced with Twitter high-rises and 2M condo’s. That didn’t feel inclusive and it didn’t feel conducive. It was the pinnacle of success for the definition of the “ecosystem”, or at least the definition that we possessed. I looked towards other outlets of ecosystem building like our community, and partnered with arts organizations like The Carrack, and with affordable housing organizations like Durham Habitat for Humanity, as well as others such as Wounded Warrior, Rails Brigade, Girls who Code, Youth Villages, MADE In Durham, and more. I personally began to challenge myself to think about how to NOT try to be the next Silicon Valley, but to be our own thing, our own community, our own ecosystem...one that values more than just the big tech IPO’s.

It was still all good. In Durham, we were small and tiny so we only saw what was immediately in front of us. When you are in the early stages of building, you take it one step at a time. Should we be fortunate enough to have success then we can deal with the more advanced layers of developing the ecosystem.

This whole plan is going well and it’s really working out. Except it isn’t going well. Do we have a plan for things like the culture of our town or city, or affordable housing, or transportation, or environmental sustainability? Wait, that wasn’t in the manual.

What about race, racism, and systemic inequality for people of color? Is that part of the ecosystem design? Sadly it was not.

Enter the Ecosystem of the Future ™

For my next 20 years of ecosystem building (and contributing to), I want to put racial equity at the forefront. There will be many prongs and successful factors for the Ecosystem of the Future ™ … Diversity will be a mission critical piece to building the Ecosystem of the Future ™ as will the holistic design and viewpoint of the entire ecosystem, not just tech leaders and feeders, but from spaces to places to communities to housing.

Our ecosystem building efforts were inherently flawed and broken from the start, but personally, that did not occur to me. It likely did not occur to others as well. We are blessed to have had the success as an ecosystem that we have had…..this success has given us this platform. On this platform, I am committing to working on building the Ecosystem of the Future ™ and putting Durham and the Triangle on the map as a leader in the holistic approach to ecosystem building but specifically with regard to inclusivity and equity for people of color. There is a better and more prosperous world out there for everyone, and we need intentionality to make sure that is the case, let’s go get it!